We here in the northern hemisphere are in the midst of the great yearly transplant. Plants go from seeding rows to little containers to our homes.

Other than this, it used to be that plants stayed where you put them in my world. Options were limited –

you don’t like that mint growing where it is? Deal with it or pull it out. But these last few years I’ve been learning the art of transplanting – some plants take to it more readily than others and there is a certain point when trees just won’t tolerate it (though I’ve seen fairly large trees traveling on semi-trucks). Asparsagus doesn’t like to be messed with, so move it in the winter. Jerusulm artichokes will leave some behind as will horseradish and mint. It’s good to pull some of the bigger leaves and flowers of your plans before moving them or sometimes the plant will sacrifice itself to make seeds.

At my house, I’m leaving the big trees alone, and even the big bushes. But watch out little bushes and planties, the garden is changing.

When my brother first started transplanting fever I thought he was mad. I thought, “You can’t do that. Plants don’t like it, and it’s just not nice.” Now, I’d say that it’s true that generally plants don’t like to be transplanted, but if the choices are die or move, generally we all pick the movement option. And sometimes, even if it’s hard, there is a better home to be had after the move.

Yesterday my culinary sage moved from being on the edge of a desert zone, that has been overtaken by bellflower, to a prime spot in the center of the garden. I’ve already visited it more in the past day than I did in it’s old location and was inspired to look it up in the herb books and tincture some for a mouthwash I’ve been intending to make for awhile now. This morning its leaves are perked up and it looks like it’s going to take to its new home.

What I know is this: everything is a bit more mobile than I used to think it to be. I still have a sense of houses being stable and solid and mostly immoveable, though there are others with different views (take this wall out, and raise up the roof and paint this trim and install a solar tube). But for me these days I get a sense of the mobility of dirt and how to gently and gracefully put a plant into a new home.

My sweet husband keeps reminding me, they want to live even more than you want them to.

And yes, somehow this is a metaphor for life though I think I’ll let you make your synapses dance with it and not tell you exactly where to put it. 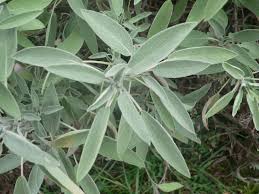 “The easiest way to use sage as medicine is to make a tea of it. The addition of honey is traditional and wise, as honey is a powerful antibacterial in its own right and magnifies sage’s ability to ward off colds, flus, and breathing problems. If you have dried sage, a teaspoonful brewed in a cup of boiling water for no more than 2-3 minutes, with an added teaspoonful of honey, ought to produce a pleasant, aromatic tea. If it is bitter, the tea was brewed too long, or the sage was old or too-finely powdered, or you have the wrong sage. If you have fresh sage, use a handful of the leaves and stalks, brew for about five minutes, and add a spoonful of honey. Fresh sage tea is rarely bitter.”

Sage is accredited with antibacterial, antifungal, antiseptic, antispasmodic, astringent, carminative, diuretic, hypoglycemic, and estrogenic effects (Georgetown University). When taken as a tea, sage has a calming effect on sweat glands and reduces perspiration (Dweck 1987) this makes it good for menopausal women and fevers.

however – Sage should not be consumed in large, chronic doses because it contains thujone and is neurotoxic (Dweck 1987). One case report describes poisoning in an individual following ingestion of sage oil for acne (Centini 1987). Sage can stimulate the muscles of the uterus and should be avoided during pregnancy (Georgetown University). The essential oil of sage may causes seizures (Georgetown University). And it affects breast milk (though I’ve read conflicting reports on how it affects it).

Why is it so hard to do the things that serve and nourish us?

Why is it so hard to step out of the habits that leave us stressed out?

I’m sure there are plenty of people with theories about this, but when I sit with it more, actually the question I am more interested in answering is this –

How do I choose the habits and uses of my time that do nourish me?

How do I set down the “list of things to do” and draw or practice my drum or take a long bath soaking with some calendula and lavender?

One thing I know to be true is that I am much better at keeping promises to other people than I am at keeping promises to myself. Being accountable to someone else works for me. But there are things such as taking flower essences or making herbal infusions that seem silly to promise someone else I’m going to take. But then I find that I’m not taking my herbs and wonder why I feel a little bit frazzled and under-nourished.

And you? What are the things that you know are good for you (going to bed at a certain hour, eating or not eating certain foods, etc.) that just seem to elude you?

And what would you like to recommit to today?

I just finished two books on eating locally and am feeling inspired – and wanted to share that inspiration.

The first book I read was “The Dirty Life” by Kristin Kimball. You can read more here: http://www.kristinkimball.com/

It’s about her first year on Essex Farm offering a year-round, full diet, CSA in Essex, NY. 500 acres; It made our ten acres feel very manageable and was a great read!

The second book was “The Feast Nearby: How I lost my job, buried a marriage, and found my way by keeping chickens, foraging, preserving, bartering, and eating locally (all on $40 a week)” by Robin Mather http://www.amazon.com/Feast-Nearby-marriage-preserving-bartering/dp/158008558X

It is essays and recipes from her first year alone in a cabin in Michigan. The recipes are great; we’ve already tried a few and they are solid (even with the tinkering that comes with being mostly gluten-free and mostly vegan). And I’m inspired to try more small-batch canning and staying on the freezing and drying- just to put a little bit of food away for the winter each week.

This week the bounty from the garden is arugula pesto! Yum.

I can’t give you exact amounts, but here is a very vague recipe for you (in order of amount included):

put the whole mixture in a food processor and blend until you like the consistency (you can put the greens in a batch at a time and they’ll shrink down). To make it a bit crunchy, add the nuts at the very end.

We love to eat the pesto on pasta with stir fried veggies and on toast or flax crackers.

And to preserve, just put into a freezer-safe glass jar with a bit of head room and tuck it into the freezer.